NUMBER OF SME BUILDERS PLUMMET 80% SINCE THE LATE 80’S. 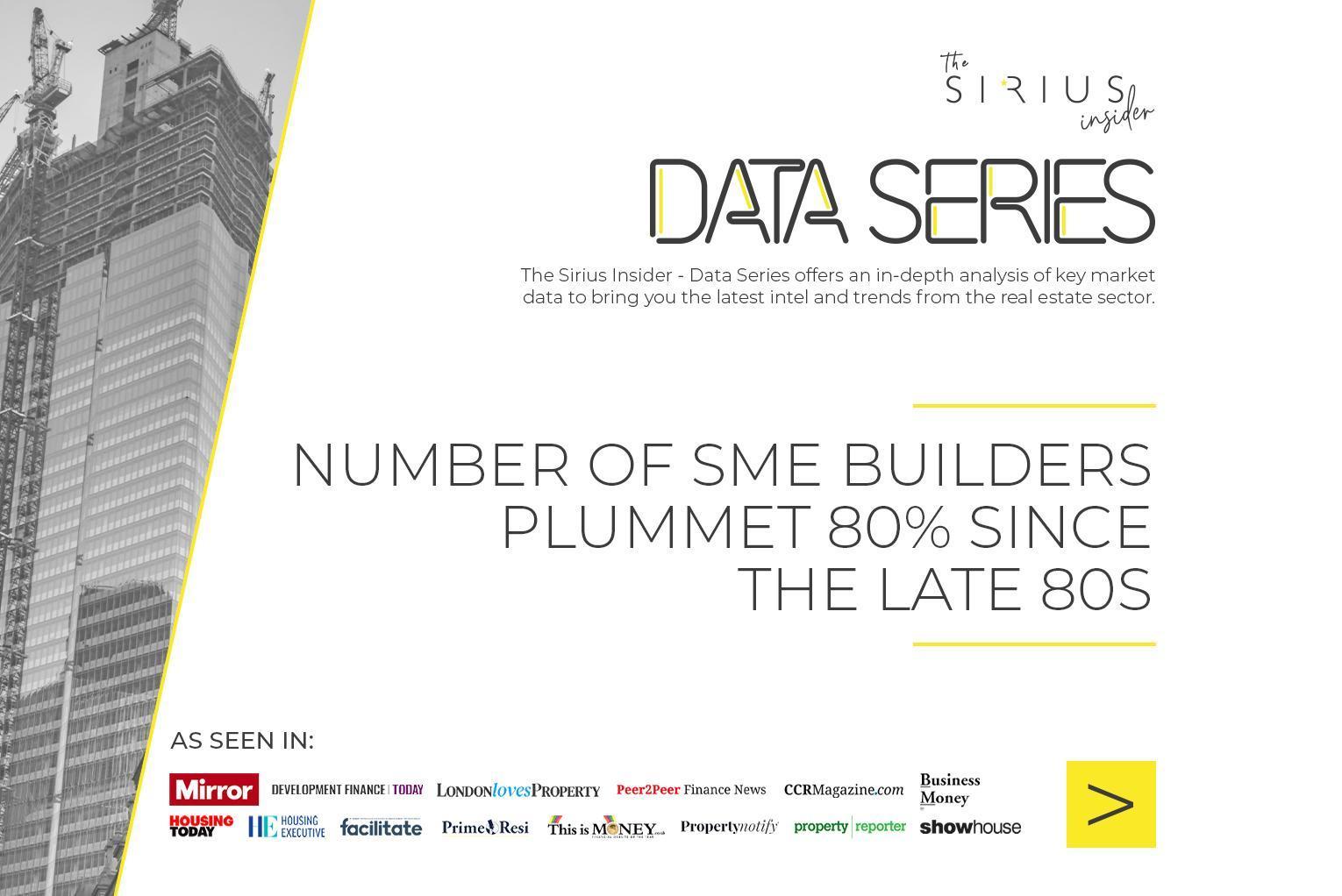 NUMBER OF SME BUILDERS PLUMMET 80% SINCE THE LATE 80’S.

Defined as small to medium-sized housebuilders, SME developers typically deliver between one and 1,000 homes to market on an annual basis, with a focus on smaller projects compared to the big names in the sector.

In February of this year, the Government’s housing accelerator, Homes England, together with United Trust Bank, announced a £250m fund aimed at supporting SME builders – with the additional carrot of development finance up to a 70% loan to gross development value.

The estimated number of SME Developers and how this has changed between 1988 and 2017:

It is important to note that SMEs have faced various challenges between 1988 and 2017 including red tape barriers around finance and planning, a reduced level of opportunity due to not one, but two financial crashes, complicated public procurement processes and most notably, growing competition from the big housebuilders.

Sirius Property Finance Group Ltd | Registered in England and Wales No. 10132820
Registered Address: 7 Woodbrook Crescent, Billericay, England, CM12 0EQ
Sirius Property Finance Group Ltd is an Appointed Representative of Bright Star Financial Ltd which is Authorised and regulated by the Financial Conduct Authority.
We are entered on the Financial Services Register No 813945 at https://register.fca.org.uk/.
The information contained within the website is subject to the UK regulatory regime and is therefore primarily targeted at customers in the UK
Should you have cause to complain, and you are not satisfied with our response to your complaint you may be able to refer it to the Financial Ombudsman Service, which can be contacted as follows: The Financial Ombudsman Service, Exchange Tower, London, E14 9SR
Tel: 0800 023 4567 or 0300 123 9 123 | www.financial-ombudsman.org.uk